The Easter weekend was a combination of brilliant sunshine and windy, grey days – the epitome of autumn weather in our part of Australia. It felt good to hunker down at home, binge watch a bit of television (Sky One’s Trollied on streaming channel Stan) and tuck into warm, comforting food. Hot cross buns are a favourite in our house in the lead-up to Easter but instead of buying them this year, Adam decided he wanted to bake them…

Adam’s quite confident when it comes to working with dough  and when we lived in England, he baked so much bread we hardly bought any loaves for a year. He loosely based his hot cross bun recipe on this Jaime Oliver one, making quite a few tweaks to suit his style of bread/bun making.

This recipe yielded 24 buns – enough for us and to make a few socially distant deliveries to friends and family- but you could easily halve this recipe for a much more manageable 12 buns. 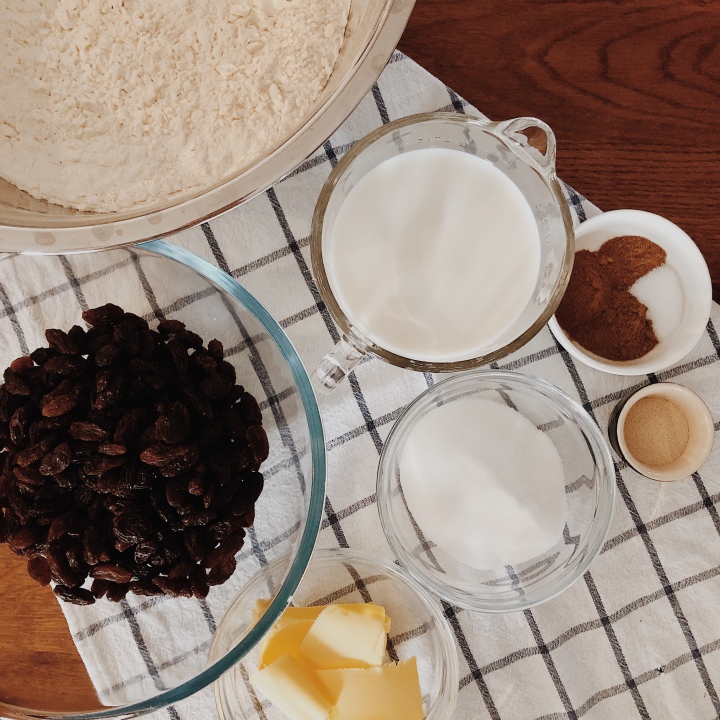 How to do it

Hot cross buns certainly require a little labour, but I think they’re completely worth it.  My favourite way to eat them is split in half and toasted with a generous slick of butter.

Easter may be over for this year, but I’ve got a feeling Adam will be making these again soon… maybe just without the cross!

Happy Easter and have a wonderful week.