If you’re looking for somewhere sunny, with amazing views and a mix of English, Spanish and north African cultures, Gibraltar could be the place for you.

Adam and I have just returned from a three day, two night stay in the British Overseas Territory.  We went on a whim swayed by cheap flights and a few people did raise their eyebrows at our plans. Gibraltar, at the tip of the Iberian Peninsula, has a bit of a reputation as being a jaded 1970s family resort destination. Sure it’s still full of English tourists, but if you dig a little deeper and take the time to learn a little about this city and its incredible history, you’ll probably be pleasantly surprised.

We stayed in a lovely Airbnb right in the heart of ‘Old Town’. Shops and restaurants were a mere two minute walk away and the views out of our windows were amazing – old rooftops, colourful Mediterranean houses frequented by pigeons and noisy seagulls, and residents going about their daily business. 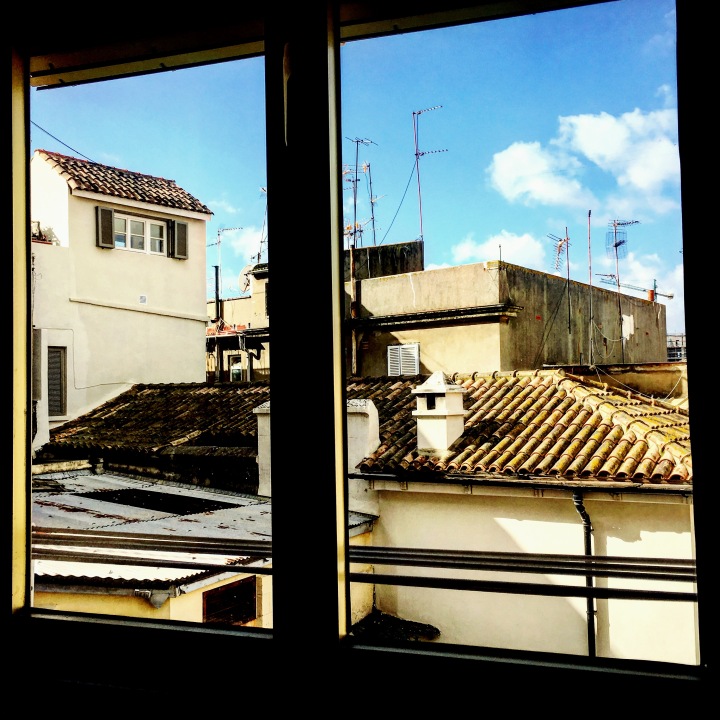 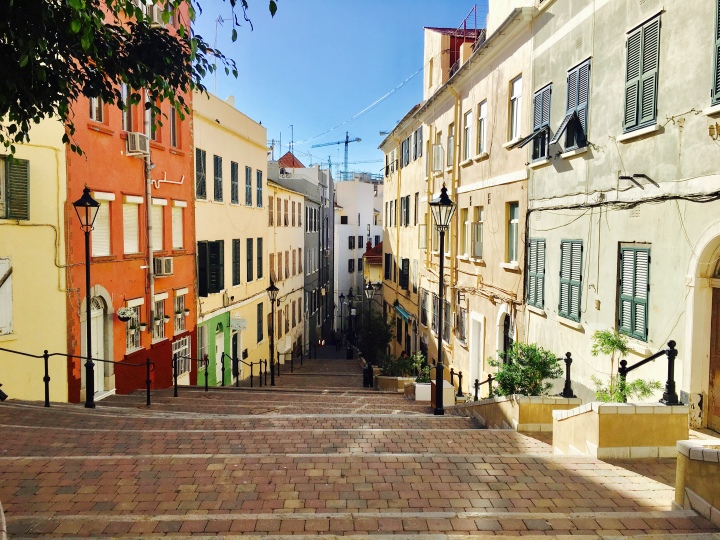 Wandering down Main Street, which is lined with eucalypts and orange trees, is a real treat, as you get to witness firsthand the complex multiculturalism this country thrives on. In 50 metres or so you’ll catch two British retirees discussing the latest football results, a group of Spanish men greeting each other with kisses and Muslim women from North Africa sporting the most intricately embroidered abayas and hajibs. 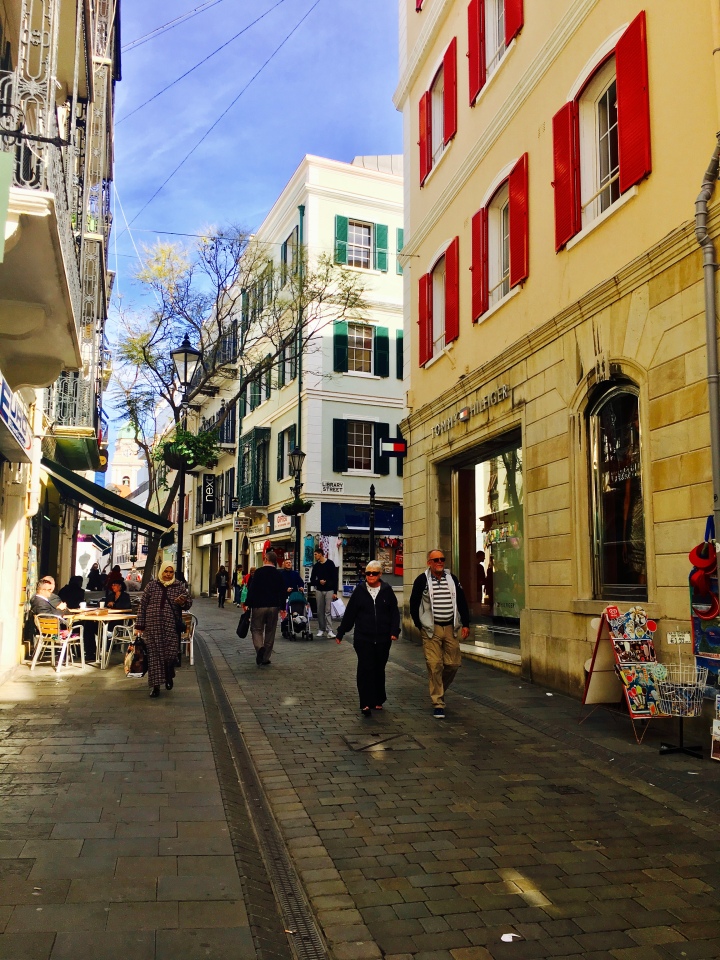 Adam and took about one and half days to do the big tourist attractions. We visited the Moorish castle (the Moors occupied the land that’s now known as Gibraltar for around 700 years) and the Great Siege Tunnels (mainly constructed by British soldiers and used right up until World War Two) and took the cable car up to the Rock of Gibraltar to admire the views into Spain and over the Strait of Gibraltar to Morocco.  We met Barbary Macaques, checked out St Michael’s Cave and had a lovely wander around the Upper Rock Nature Reserve. 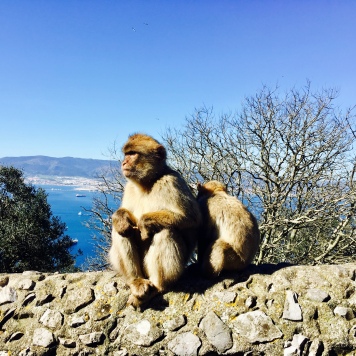 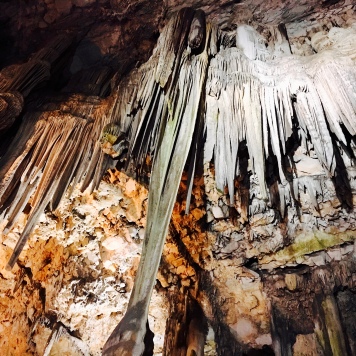 On our last day we used the buses that run every 15 minutes or so to pop down to Europa Point, which is the southern most tip of Gibraltar, to admire the view of Africa and the blue water of the Mediterranean Sea.

We also took the trip around to Catalan Bay, which is on the eastern side of the rock. It’s a quaint fishing town filled with rainbow coloured houses, wooden sailing boats and pubs and restaurants serving up seafood feasts. It only takes around 10 minutes on the bus from the city centre to get to the bay, and I’d highly recommend a visit.

Being the offseason quite a few restaurants were shut or closed quite early in the evening, but Adam and I didn’t feel there was a lack of choice.  There are heaps of ‘English pubs’ offering cod and chips and Sunday roasts but we wanted to experience some of the ‘other’ local cuisines and feasted on tapas, seafood, steak and sangria.

Gibraltar’s size means it’s great for mini-breaks like ours.  It also means you’ll probably do a lot of walking.  We did close to 30 kilometres in three days, including to the airport, which runs across the main road into Spain.  Be warned though – a city perched on the side of a giant rock has heaps and heaps of stairs! Still, we didn’t feel so bad about our long, leisurely lunches when we’d pounded the pavement all morning. There’s also a real sense of community here, with locals continually greeting each other with enthusiastic gusto. We ran into our bartender from one evening the following day grabbing a coffee, where he gave us a few sightseeing tips. We nicknamed him Michel as he looked and sounded like Michel from Gilmore Girls!

Weather was perfect – around 20 degrees and sunny, but I can imagine in high summer with the holiday crowd, Gibraltar could feel claustrophobic. 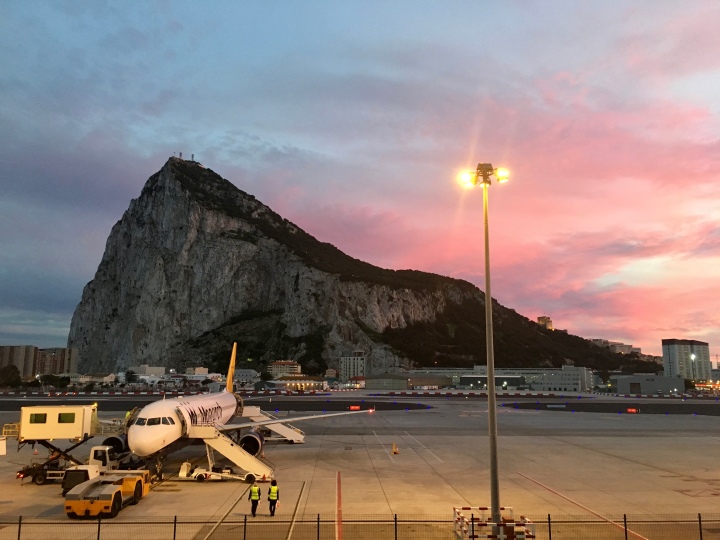 Gib (as the locals call it) can be as English as you want it to be, but if you look past the bangers and mash lunch special and take the time to learn about the different groups of people that call this narrow stretch of land home, you can turn your trip into something a little out the ordinary.

One thought on “A postcard from Gibraltar”