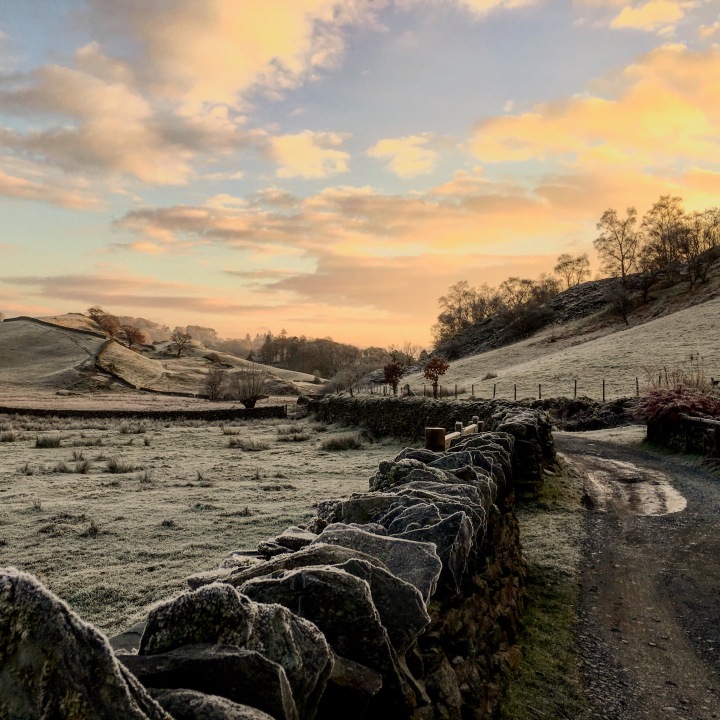 The Lake District is synonymous with the English summertime – an cool, green escape in the hills where one can seek refuge on the water or under large shady trees.  It’s just as enchanting though in the off-season.  All snow-capped and burnished with chimneys on stone cottages puffing endlessly.

For the last few days Adam and I have been staying in a National Trust run cottage, Low Hallgarth, near the village of Langdale. The little two bedroom property made of rock and slate was once owned by children’s author, Beatrix Potter. It’s set into a hill and a small brook runs directly behind.

The instructions on how to the find Low Hallgarth mentioned it was isolated without phone or television reception. The drive in however, was a little more than we expected!

The narrow road we turned down after leaving the main road quickly became a rough, narrow track. Adam loved giving Bjorn (our car) his first real test – and even in the early afternoon there remained big patches of ice on the gravel.

Once we settled in the cottage, which was clean and tastefully decorated with period style furniture, we took a brief wander through a nearby disused slate quarry. By 4pm the sun was disappearing out of the Langdale Valley and the temperature was dropping quickly.  There was a beautiful combination open fire and stove in the cottage’s main sitting room.  Unfortunately damp firewood meant, we weren’t able to build the big roaring blaze we’d hoped for, but radiators and a lovely cosy duvet meant we were more than comfortable.

One of my favourite touches in the cottage was the inclusion of a well stocked bookshelf, which had a collection of old visitors books.  I found one that had entries dating back to the 1960s.  It was lovely to read through and the older entries often noted the price of bread, milks and eggs – so at times it was a bit of a history lesson! 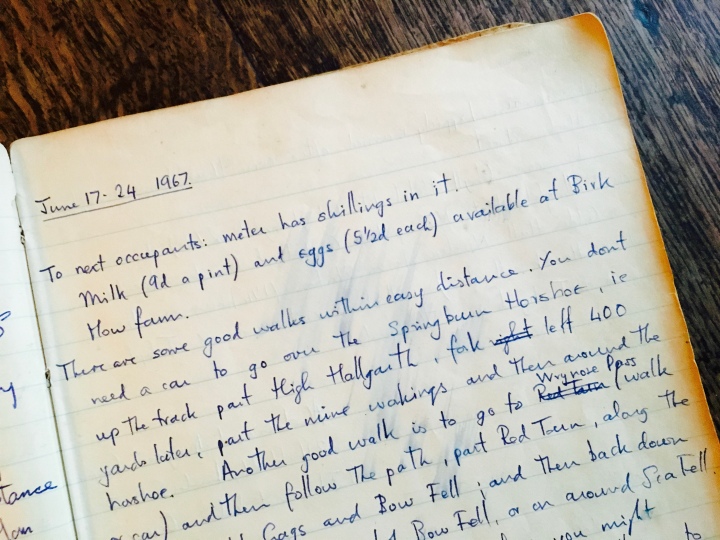 Adam and I arose the next morning to the most impressive frost I’ve ever laid my eyes on.

Everything was snap frozen.  The air was frigid and still. A pinky-blue sunrise was just starting to creep over the hills, and although the word ‘paradise’ generally evokes images of beaches and palm trees, Adam and I felt we’d found it in this isolated Cumbrian nook. 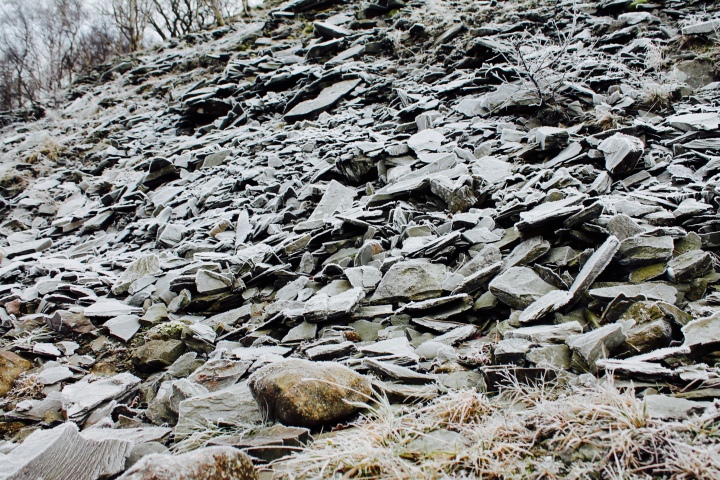 We ate breakfast and dressed quickly and took a quick meander over a wonderfully ornate stone bridge crossing a stream and up a hill to take in the view. 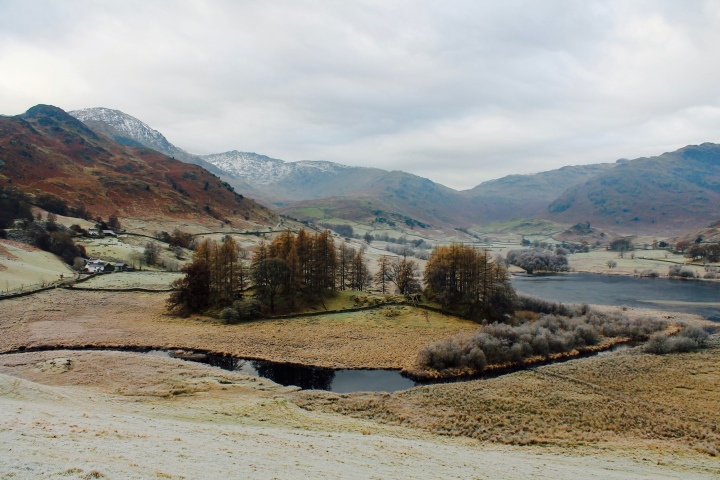 So many authors and painters have gone to the Lake District to be inspired, and it’s easy to see why. Although I’d passed through the region about six years ago during a visit to the UK and loved it, the visit was too brief to get a real feel.  We’ve got a few more days here and I’ve got a feeling they’re going to be good!