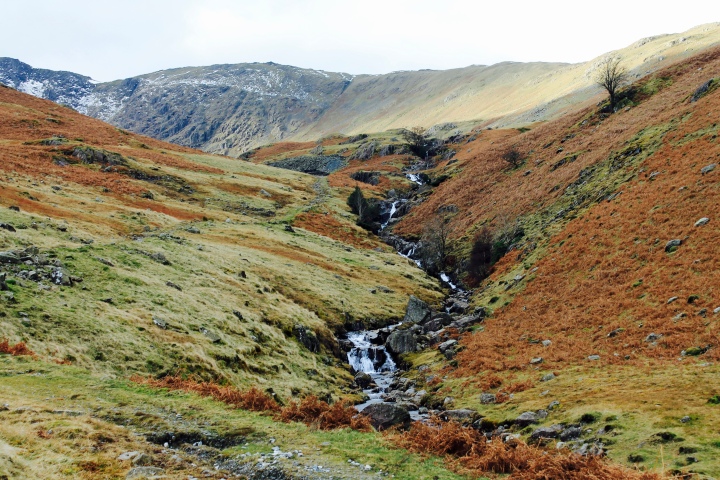 Through my childhood reading of A.A. Milne, Enid Blyton, Jane Austen and the Bronte sisters I was somewhat aware with the English obsession of walking. It wasn’t until I moved to the UK though, that I fully comprehended what that meant.

Whether it be a daily constitutional round the block, or a long ramble of a Sunday before a mandatory roast lunch, my new countrymen just love a wander.

Naturally while Adam and I were in the Lake District this week, we had planned an on-foot exploration, and in Cumbria the go-to is fell (hill) walking.

When you’re doing any sort of walking in the UK, waterproof shoes are a must.  Even when the forecast is for a beautifully sunny day, always suspect there could be a shower of rain. I’ve mentioned previously my beloved Bean Boots – they’ve been my go-to walking shoe over here. They’ve got good grip on the sole, have a waterproof bottom, leather uppers and are some of the most comfortable shoes I’ve ever worn. I feel confident walking over uneven terrain, through small streams and in snow with them. 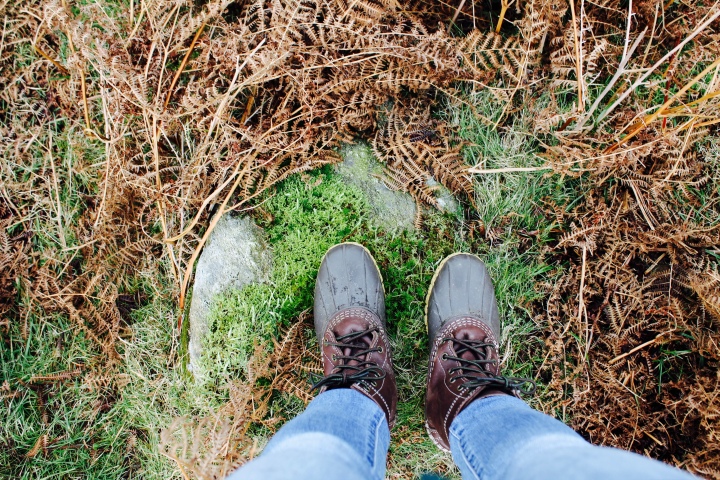 Layering clothing is another skill I’m slowly starting to pick up.  It’s one thing  to get it right for a day running errands around town, another when you’re doing something physical and in a cold climate.

Although it wasn’t freezing the day we walked, there were still patches of ice on the ground, snow on the highest peaks and a breeze that got pretty darn strong the higher you went (to the point where I was buffeted a few times). I’ve always been a bit of a fan of Kathmandu clothing, but in the lead-up to the move Adam and I became regular customers at the Wagga Wagga store. I started with a base layer of Kathmandu thermals (long-johns and a long sleeve t-shirt). I wore Kathmandu merino socks (lightweight, breathable and don’t smell at the end of a big day!) and a pair of slim-fit jeans that I could tuck into my Bean Boots. Up top I added a long-sleeve Under Armour exercise top that I normally wear to the gym in winter (a little like this), a Kathmandu  zip-up fleece with a hood (similar here) and a Kathmandu waterproof outer layer. Anything that’s waterproof also appears to be a great wind-stopper too – which is what you desperately need atop a windy fell.  Add a pair of polar fleece lined gloves and a beanie and you’re good to go!

We made sure we had a good supply of food, including a Cumbrian favourite – a Kendal mint cake (just like the inside of a mint slice biscuit, minus the biscuit and chocolate – yum!), a map, compass, waterproof pants, down jackets (in case it was really cold) and a satellite phone.

We walked an 8km loop, which doesn’t sound like much – but when most of it involves walking up a very, very steep hill and then straight down the sheer other side, it turns into a bit of an expedition.

On a side note – Adam and I finally have the go ahead to move into our house! I’m looking forward to sharing the space with you over the coming days.  Have a lovely weekend – most of mine will be spent nesting in our new home :).

2 thoughts on “A guide to fell walking”

The best kind of red carpet. ❤️
Frothy, frilly, fulsome. 🤍
Dusk. 🔮
Hello autumnal hydrangea of my dreams. 🍂
That autumn light ✨
There's nothing quite like fresh, seasonal produce, but let's be honest, not everyone is able to have veggie patch and not everyone can make it a local market. Enter a produce subscription service. How it's worked with my family, now on the blog. Link in bio.