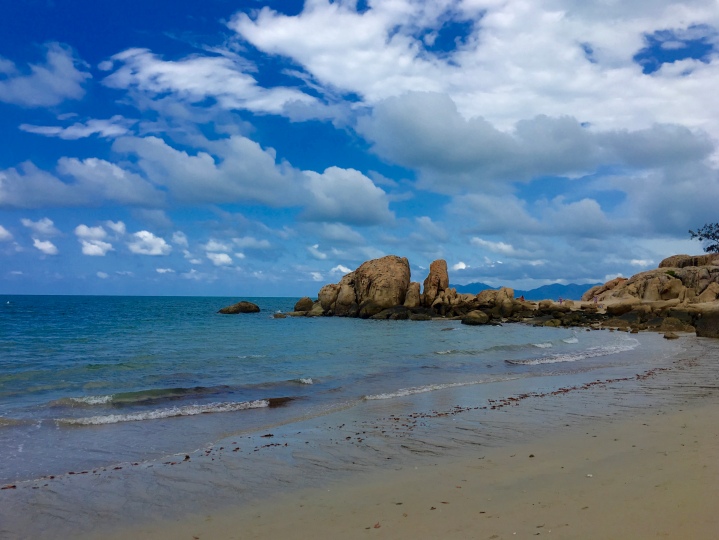 Bowen, about two hours to the north of Mackay, is famous for mangos, windy weather and having some of the cutest little beaches in the region.

Dad, mum, Adam and I piled into the car this week for a run up the Bruce Highway for a day in Bowen.

On our way we stopped by a coffee plantation near Proserpine for quick break and to say hello to resident cockatoo, Boss.

Once in Bowen itself (the town stood in as Darwin in the film, Australia), we had lunch in a cafe overlooking the marina, then headed up Flagstaff Hill to take in the view.

It was then around to Horseshoe Bay – a pretty tree lined cove, protected from rough seas and surrounded by rocks.  The water was beautifully warm and Adam and I poked around the rocky edges of the bay for a good half an hour, while mum and dad took refuge under some large palms.

A storm was starting to build in the west, so we decided it was time to head home – but not before a stop at the Big Mango for a gelato (made entirely of mango… delicious!)

We managed to avoid the worst of the heavy rain on the drive home, but it made for some spectacular viewing.