At the start of last month, Adam and I snuck off for a week long holiday in Kangaroo Valley in the Shoalhaven region of New South Wales.  We were completely blown away with the area’s natural beauty and instead of hibernating away like we planned, ended up using our afternoons for slow-paced outings.

One of those adventures took us to Fitzroy Falls, nestled into the edge of a massive escarpment, within the stunning Morton National Park …

It was crisp and bright the day we visited and despite the ongoing dry that much of the state is dealing with, the falls – a short walk from the national park’s main carpark – were still running spectacularly falling hundreds of metres into the bushland below.

I’m not great when it comes to cliff edges, so some of the lookouts did put me on edge! But even from a few metres back the view was incredible.

Although I wasn’t in a position to do a long hike, we did amble along the ‘West Rim Walk’ for a few kilometres stopping at the various lookouts to take in the view. It was very easy going, even quite heavily pregnant, so even if you don’t have a huge amount of fitness this is one national park you can easily access and enjoy.  We even spotted a lyrebird who was really quite calm – much more interested in pecking at the ground, than at two walkers rambling along.

The bushland was also full of colour – early flowering wattle was in full bloom, as were giant red banksia, which looked so vibrant against the grey-green of the surrounding bush. 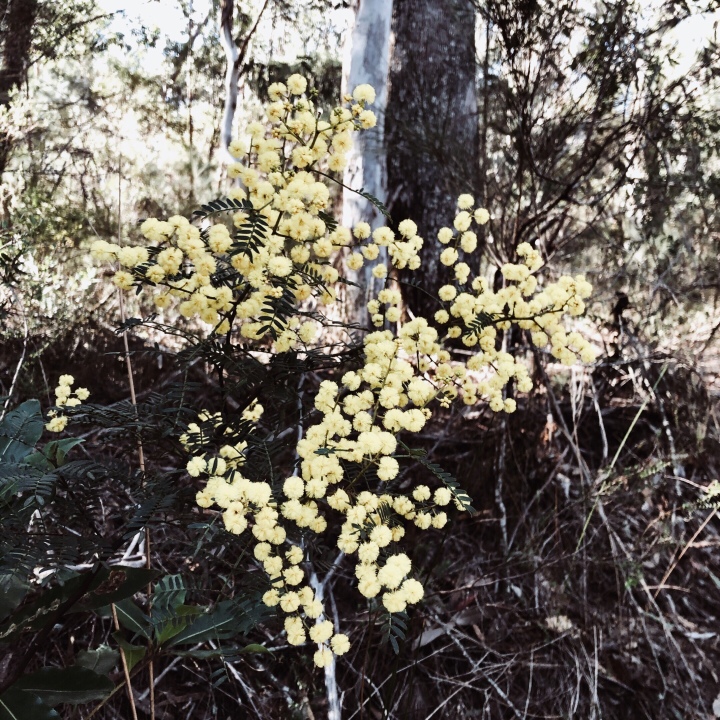 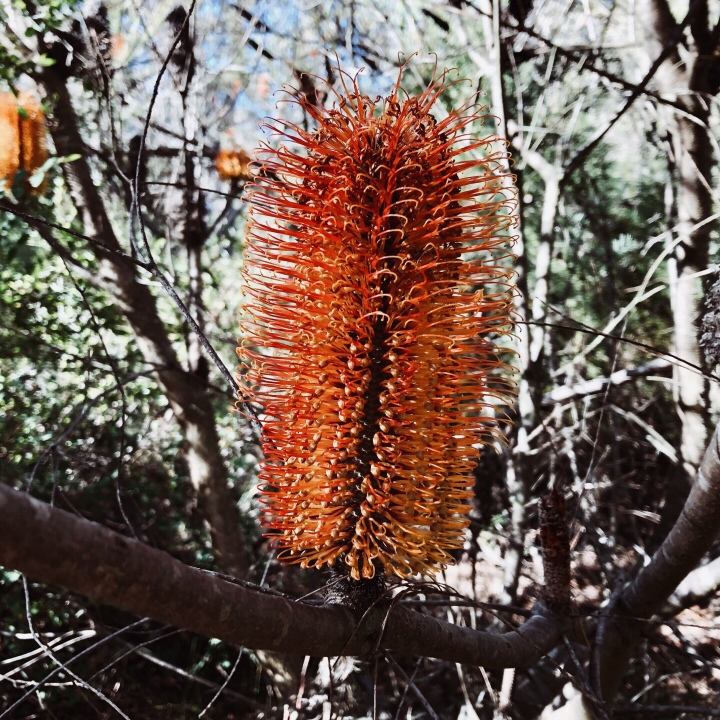 On our way back to the cottage we called home for the week we stopped by Manning Lookout, which is off the main road between Mossvale and Nowra. We followed a dirt road, going past idyllic looking farms, finally coming to a primitive carpark. Down a few steps and around a bend, you’re rewarded with some beautiful views over Kangaroo Valley itself.   It’s quite an isolated spot, so we had the lookout all to ourselves, which felt like a real treat. There are a few tables nearby too, and should we have known, we might have packed a few light bites for a little picnic. 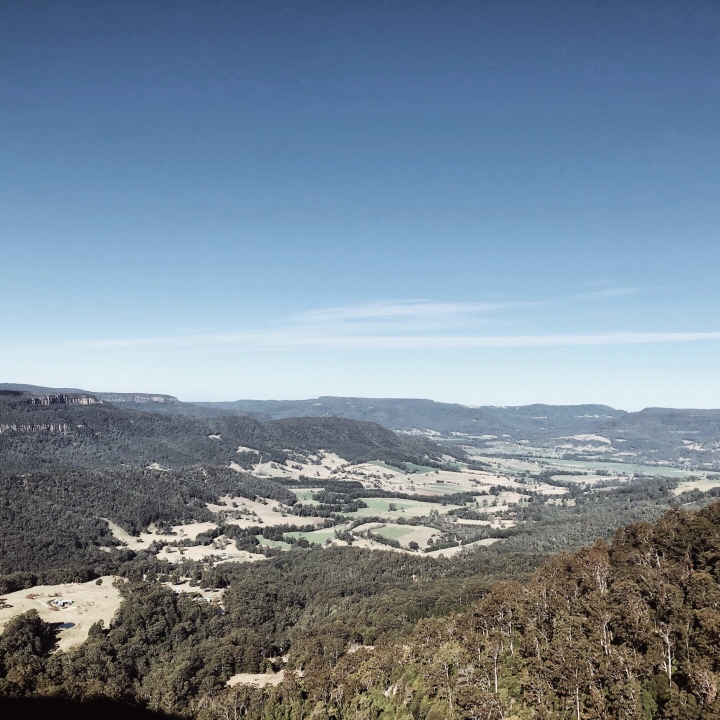 Morton National Park also has a number of longer bushwalks for the more adventurous and I’d love to return to the region in the future to explore a little more.