Earlier this month Adam and I had a flying visit to London. Up one afternoon, back the next. We’d both been invited to a very special show, at the beautiful Aldwych Theatre…

Sally, who we went to Iceland with, was helping to stage manage La Soirée– a sort of saucy cabaret/burlesque/circus style variety show.  It was press night and Sally had managed to get us a few free tickets. She’d worked on the show previously and had spoken about it often, so we were really excited for the performance.

We took the train into London (getting caught up in the delays and cancellations association with powerline problems around Wembley) but managed to make it to the Aldwych with more than enough time to spare.

The theatre has recently been reopened after undergoing a major renovation. It looked beautiful and the festive decorations added a special touch. The West End on a Friday night in December – how divine?!

Photography is not permitted during the show, but I don’t think I’ve laughed as long or as hard as I did during that hour and a half, then I have in a long time. It was a hoot! The performers were talented, warm and naughty. There were a few acts where I had to advert my gaze once or twice, but it just added to the overall fun of the evening.  Both Adam and his brother John were roped into helping in a few of the acts (I think Sally may have had something to do with that!) but they both played their roles with style.

It was a really fun night out and if you’re looking to see a show that’s a little different over the Christmas/New Year period, I’d highly recommend it. You will walk away with a smile.

The following morning  we decided to have a long brunch at a favourite cafe, not far from Sally and John’s home. Fink’s has a creative menu, with a slightly different take on the usual breakfast favourites.  Over a few hours I drank coffee and fresh mint tea and feasted on tiny English muffin burgers stuffed with creamy egg salad, crunchy salty bacon and sweet roasted tomatoes. 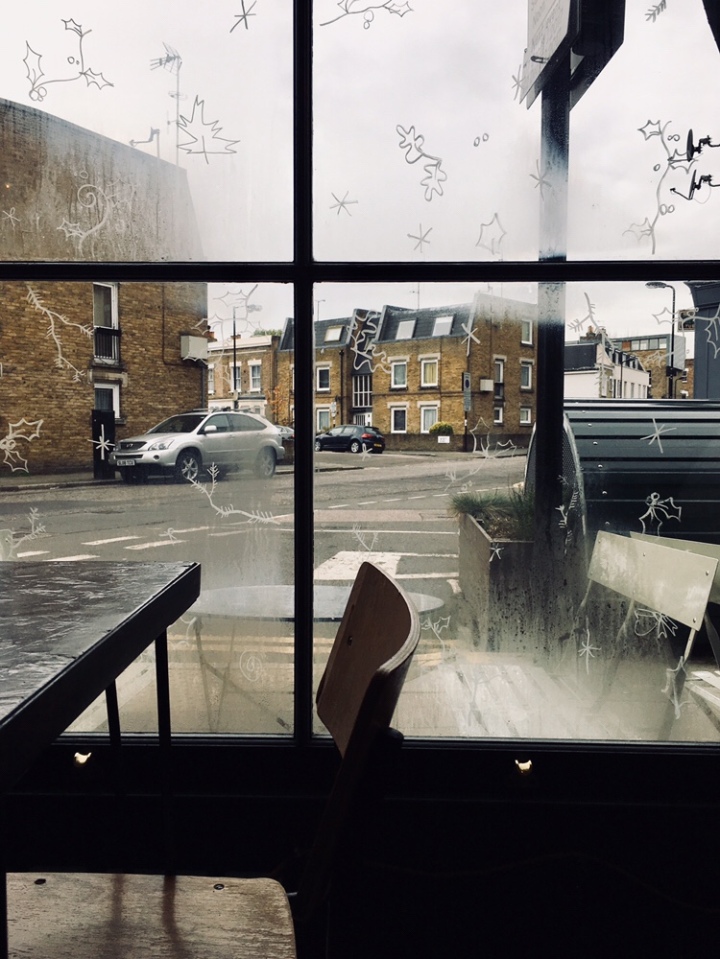 Sally and John’s dog, Frank the corgi, enjoyed stealing crumbs off the floor and securing back rubs off neighbouring patrons.

Tummy’s full we made our way to Finsbury Park station to start the journey home again. I couldn’t help but snap off a few pictures of some of the terrace houses in the area.  Although they’re similar looking building, I love how individual each home looks, with fancy tiling, a coloured door and pretty potted plants. 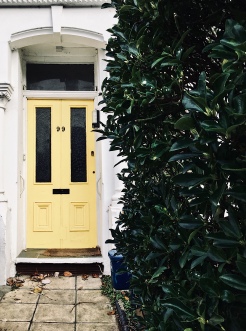 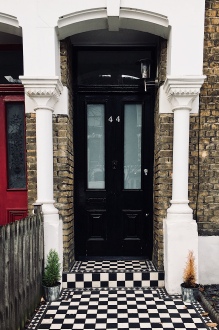 It was a short but sweet visit to London, but one I’ll savour for many months to come.

Have a wonderful week! x

Grey and yellow forever. 🤍💛
Can you ever go wrong with banana bread?! Bananas are a divisive subject in our house... but for me nothing quite beats a warm bit of banana bread and cup of tea come mid morning. More about my family's love/hate relationship with the fruit on the blog. Link in bio.
There is always time to stop and talk to the cows.
A second birthday was celebrated at our house last week. From baby to boy, the last 12 months have been beautiful and challenging. A few musings about motherhood and my little man, now on blog. Link in bio.
Park life.
September: There's been the joy of watching a new season unfold, combined with the anxiousness that this dastardly pandemic creates. A month of pretty colour combinations, nasal swabs and experimentation in the kitchen. More on the blog. Link in bio.