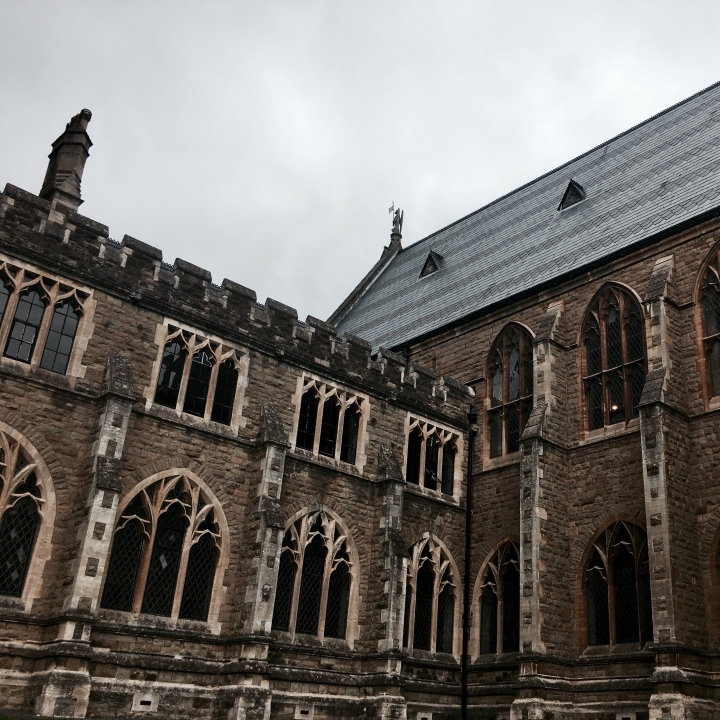 Adam and I had the pleasure of attending a wedding this weekend just past. It was for a lovely couple who are quite dear to Adam, and whom I’ve gotten to know well since moving to England.

The marriage ceremony was held at Malvern College, a prestigious local school. The school was established in 1865 when Malvern was at the height of its ‘spa town’ popularity, so its buildings reflect that .

To me, it almost felt like walking into Hogwarts, the fictional school from the Harry Potter series…

The actual ceremony was held at the ‘Big School’, the former grand hall of the original Malvern College building. It had vaulted ceilings, magnificent large windows and beautiful Renaissance like pictures on the walls. 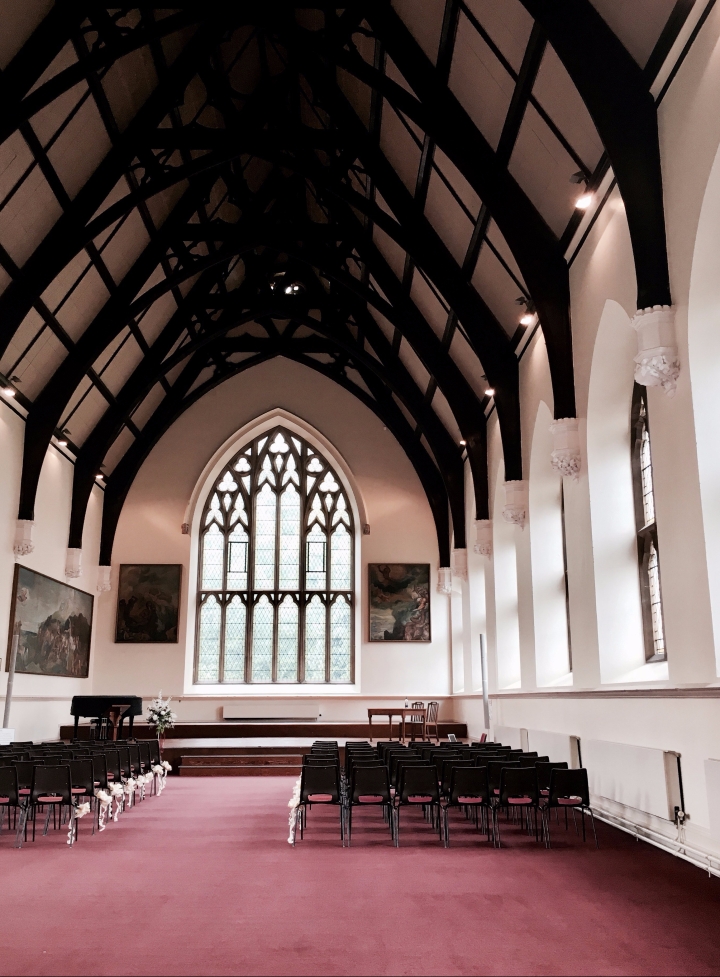 Afterwards all the guests lined a pathway and threw confetti onto the new couple as they descended a set of rather fancy stairs. 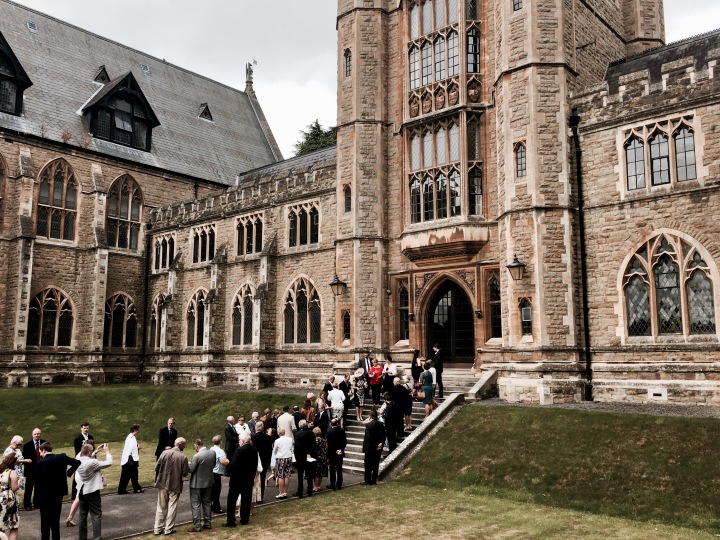 I managed to sneak away for a few minutes to take a look at some of the other buildings on site and discovered another set of wonderful stone stairs. I’m not sure what it is about staircases, but I just love that feeling of ‘going somewhere’ that they invoke. 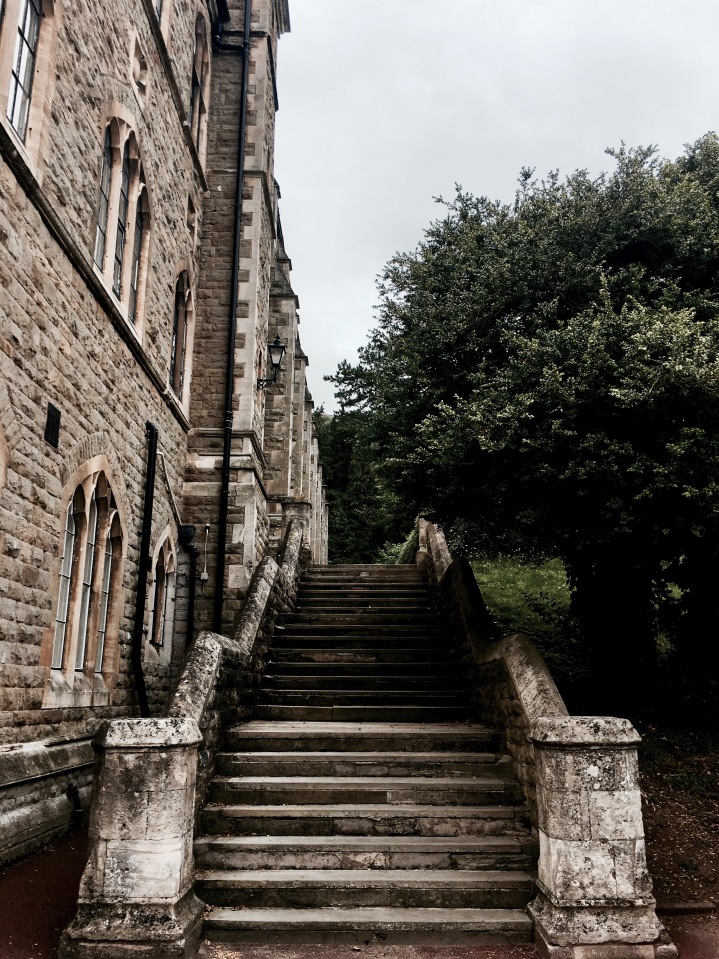 I can’t quite imagine what it must be like to go to a school with such grand buildings and history.  My own school, in regional Queensland, was established in the 1980s and had architecture that reflected that era. Malvern College felt a little like a movie set to me! 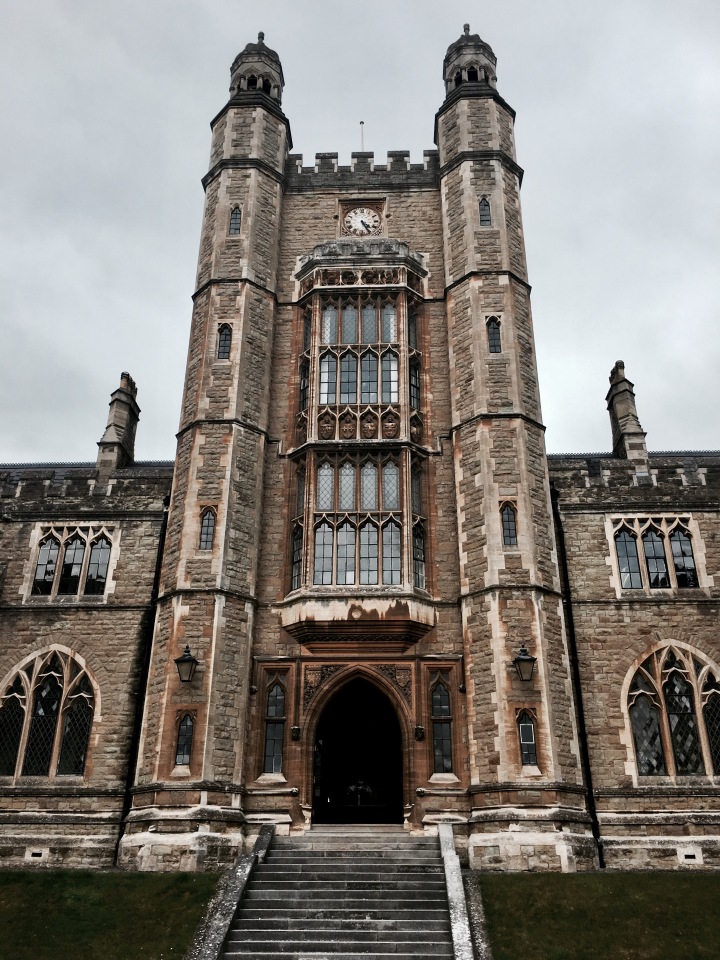 The reception was held in the nearby village of Welland. We were offered a big glass of Pimms on arrival and there were long communal tables, bunting galore and five different flavoured cakes to enjoy. It all felt very English to me and I loved spotting the various hats and headpieces that some of the female guests wore. 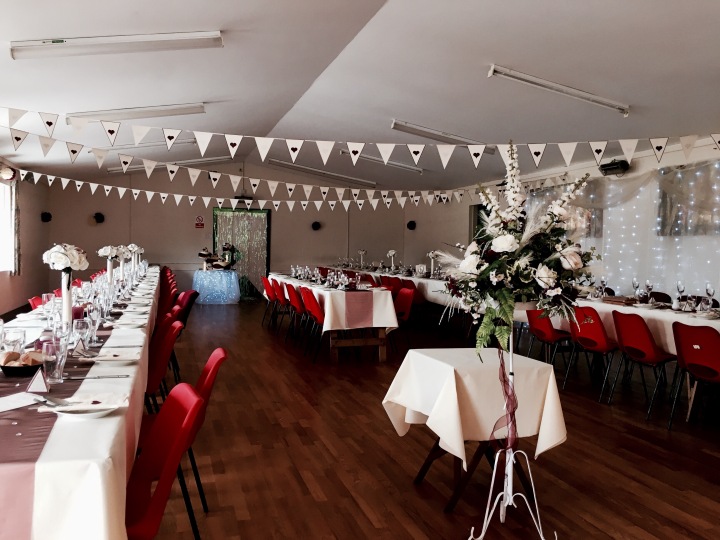 We ate, drank and generally got merry and left late in the evening just as a slight chill was starting to appear.

Although it wasn’t really Hogwarts, I can’t help but feel there was a bit of a magic in the air. So here’s a toast to the happy couple and may their lives together bring health, happiness and a little bit of sparkle.