I love going for a walk but sometimes I forget how much I enjoy it, and days turn into weeks and suddenly it’s been far too long since I went for a proper solo ramble.

I love that exhilaration you get when you’re walking with no particular path in mind, the joy of discovering new sights, the sweetness of being alone with your own thoughts and that pink cheeked endorphin rush you get after a good paced, athletic walk.

The other day I was up early so decided to get outdoors and go for a walk rather than having a slow morning lazing/working in bed over multiple cups of coffee (a decadent treat  I’m too regularly giving myself on non ‘gotta get out the house’ mornings).

I found myself at St Wulstan’s Nature Reserve…

The site the reserve sits on has a long history. St Wulstan’s was originally farm land, then the site of a hospital for American soldiers injured in World War Two, a camp for displaced persons from the Baltic states after the war, a tuberculosis hospital and a psychiatric hospital.

It’s a beautiful little reserve that has great views up towards the Malvern Hills.

Most of the paths are well maintained and weave their way through woodlands and meadows.  There are information boards about the local flora and fauna and dozens of wooden seats where you can sit and take in the ambience of your surroundings.

I spotted four rabbits and some of the biggest thistles I think I’ve ever seen! 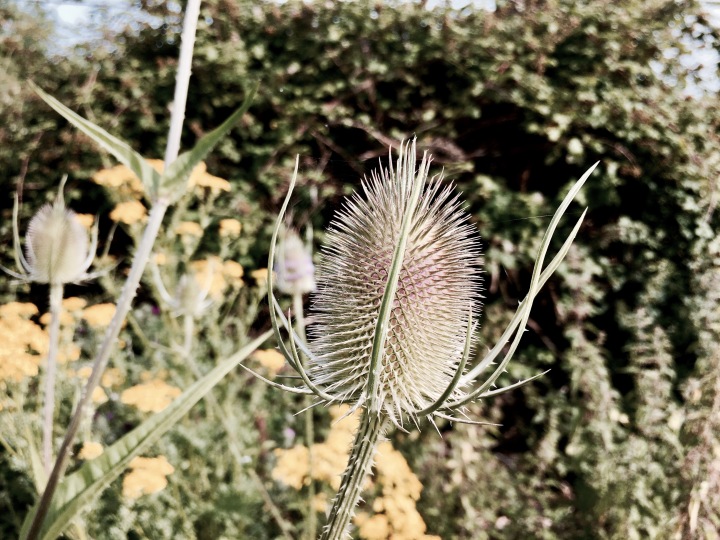 It was warm and the sky hazy – the start of a lovely summer’s day in south west England.

After I’d crisscrossed the reserve I found myself at its border and decided to try and find my way home via the public footpath network.  Using the Malvern Hills as my guide, I walked through a golden wheat crop, then onto a bridleway and past a very cute tin house, reminiscent of the isolated bush cottages you find in Australia. 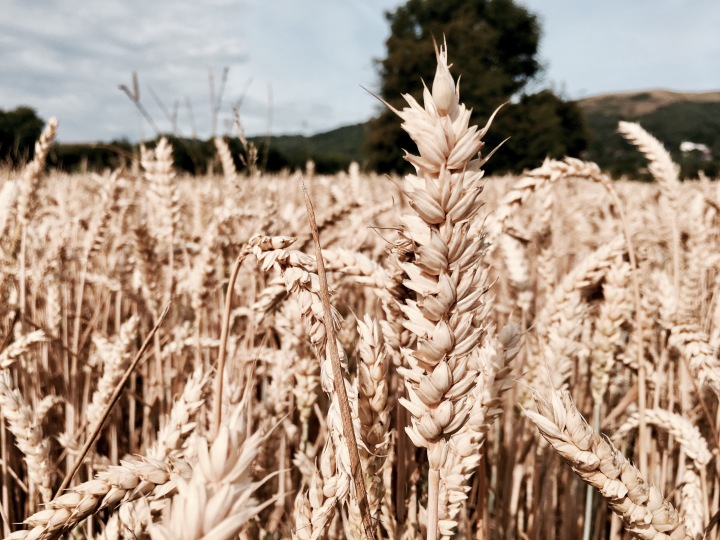 I eventually found my way onto a main road and was able to easily navigate home again. I was slightly out of breath, a little sweaty but totally satisfied. My mood had been boosted and I whizzed through the day’s to do list. My love for walking has been reignited and I’m a little excited to see where I end up next!