Summer is the season for fairs in England, so days after checking out Malvern’s annual Food Festival, Adam and I found ourselves at another Worcestershire classic, Asparafest.

Set in Evesham, a half an hour drive east, Asparafest celebrates the market town’s asparagus farms. It was one of those quirky community events Adam had told me about before we moved to England and I was keen to see it for myself.

Although small the festival had a lovely country fair feeling about it. There was a tea tent, carnival rides for children, a sheep dog display and vintage cars and steam motors on show.

Naturally there was an abundance of asparagus related food on offer. Adam devoured an asparagus and bacon roll for lunch, while I settled on an asparagus, bacon and cheese crepe. We sat on big piles of soft hay and watched musical acts perform on a stage.

There was also a stand selling asparagus ice-cream!  Adam was brave enough to give it a try and described the flavour as ‘sweet but asparagus-y’ – alright the once, but not a repeat choice! 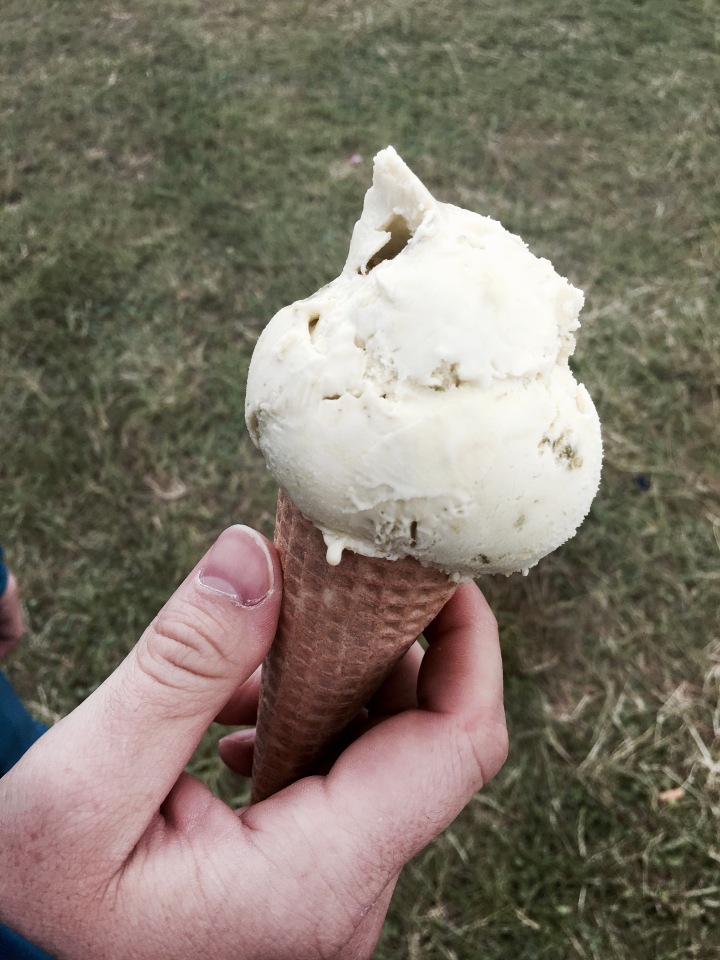 The field used for the festival is also the site of the Ashdown World War Two Camp.  It’s a collection of shelters and huts set up with displays reflecting both army and civilian life in 1940s England.

As the afternoon wore on the temperature dropped (I was wearing three layers of clothes!) and big dark clouds moved ominously towards us from the west. We bought a bunch of asparagus (naturally), a punnet of sweet smelling cherry tomatoes and hit the road home minutes before the rain started to fall.

It seemed like an apt ending to the day. Very English weather at a very English fair.