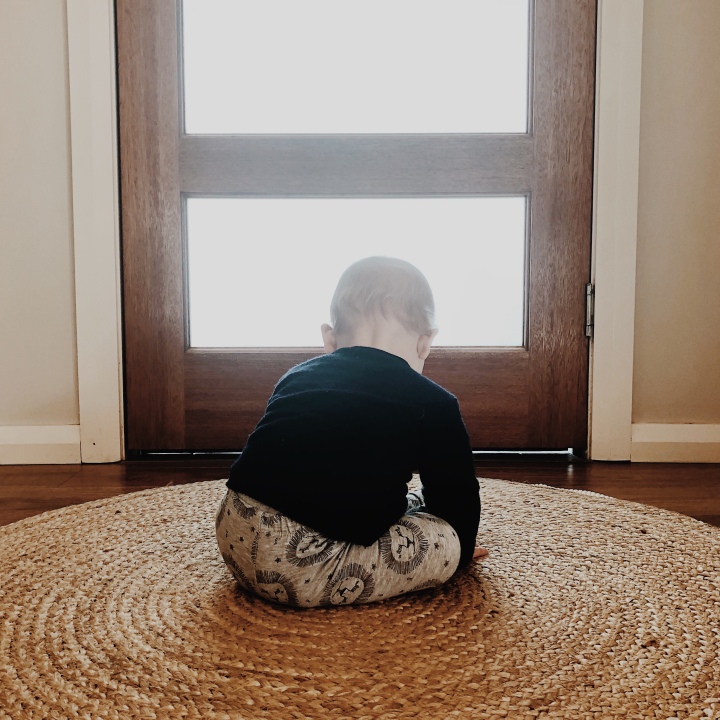 And just like that, Paul’s nine months old.  I really cannot believe how quickly the months are slipping by.  He’s been out now for as long as he was in, and it truly is astounding how much he’s changed in such a short amount of time…

Our blue eyed boy is a happy little soul. He finds the world around him fascinating and is constantly exploring: looking, feeling and tasting. He knows his home well now, and if given the chance will always make a beeline for Adam’s office where there are dozens of cables to inspect. Other current favourite objects include the shoelaces on my runners, door hinges, and the ties on hooded style jumpers.  He’s discovered the joy in knocking down wooden block towers and has recently become an expert pot and pan drummer.

Commando style crawling remains his transportation method of choice.  He’ll get up onto his knees while stationary, but as soon as he sets his eyes on a place he wants to be, he’ll flop right back down onto his tummy and do his funny little wiggly crawl, albeit at quite some speed. He’s mastered pushing himself up into a seated position from lying down on either his stomach or back, and in the last few days has started pulling himself up to kneeling and sometimes almost a standing position using whatever he can balance his weight on. 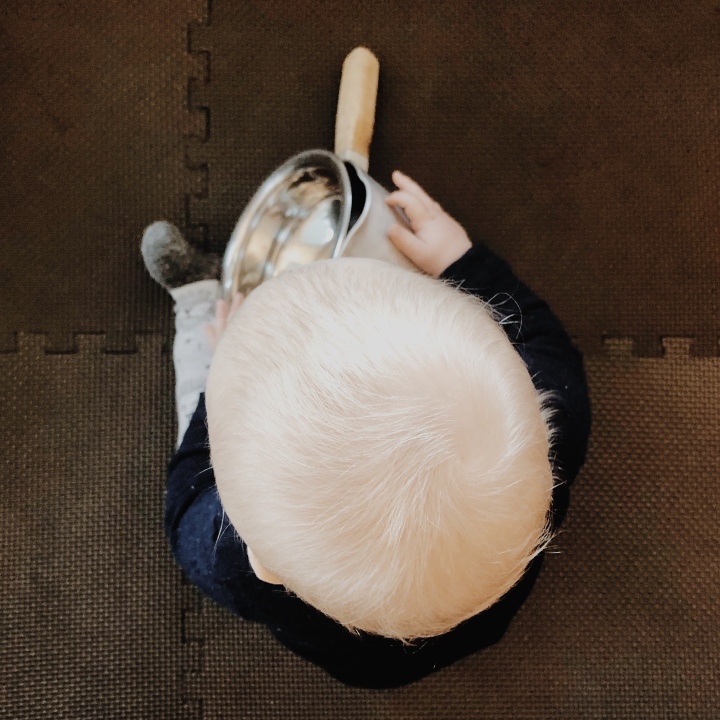 Paul loves his food and we’ve had no issues in the transition to solids. Yoghurt and mashed pumpkin, potato and carrot are favourites, but he rarely says no to anything we give him. Chili con carne, risotto, braised lentils – he’ll give it a go! Whenever possible, Adam and I will try to eat with Paul at dinnertime and it really is lovely to sit altogether for a meal – even if it is 5:30pm! I’m still breastfeeding, but he has become increasingly distracted in the last few weeks during nursing sessions. It’s frustrating at times, but I’m keen to continue nursing until he’s one, so I’m persisting.  He’s always been a fairly efficient feeder, so I trust he’s getting what he needs.

I think bath time is perhaps one of his favourite parts of the day.  He loves splashing in the tub, playing with his rubber duckies, and after giving them a good chew will often present them to Adam or I for a chew too!  He looks so grown up, sitting by himself in the bath and his little contented sighs he lets out always makes us laugh.

He babbles constantly throughout the day – lots of da-da-das, ma-ma-mas, ba-ba-bas, as well as raspberries. He’s recently discovered yelling and shrieking…. often in the later part of the day when he’s starting to get tired.  I know it’s a normal part of development, but boy is it hard on the ears at times! 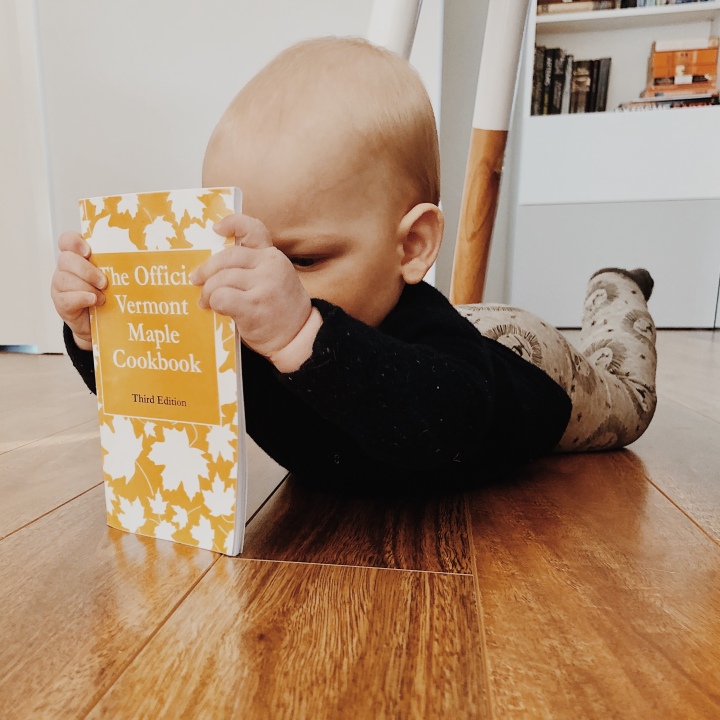 His overnight sleeping is much more settled compared to a few months ago.  Sometimes he still needs a feed overnight and occasionally a cuddle, but other times he’ll quite happily do an almost 12 hour stretch. We still have the odd rough night, but I think overall we’re doing remarkably well on the sleeping front.  Throughout the day he’s down to two naps.  Paul used to be a notorious cat-napper and would whinge and whinge when it was time for a nap, but now he almost always will go down quietly and we regularly get naps in excess of hour, which previously were a rarity.

Although parenthood always has its tough moments, both Adam and I are experiencing a level of contentment with life, we never really could’ve imagined. Paul brings us so much joy and the love we have for him seems to deepen every single day.  We really cannot believe we’ll have a one year old in just a few short months. The saying, ‘The days are long, but the years are short’, really does ring true with babies.

Have a wonderful week.

A colour crush, a new-found freedom and what helps put me in the 'zone' when I need to get stuff done. The things that have been making me smile this month, now on the blog. Link in bio.
Grey and yellow forever. 🤍💛
Can you ever go wrong with banana bread?! Bananas are a divisive subject in our house... but for me nothing quite beats a warm bit of banana bread and cup of tea come mid morning. More about my family's love/hate relationship with the fruit on the blog. Link in bio.
There is always time to stop and talk to the cows.
A second birthday was celebrated at our house last week. From baby to boy, the last 12 months have been beautiful and challenging. A few musings about motherhood and my little man, now on blog. Link in bio.
Park life.