Adam and I have just got back to Wagga Wagga after a lovely week away.  We didn’t get up to much – just lots of napping, reading, and swimming with a touch of socialising.  It was just what we both needed.

Adam and I both had a terrible night sleep on Sunday.  Perhaps it was the anticipation of our little break, but we both tossed and turned for hours.  Needless to say, by the time Monday evening rolled around, we were both pooped.  We treated ourselves to extra early night – in fact the sun was still shining outside!  It was heavenly though and even though I didn’t fall asleep right away, it was wonderfully relaxing to just sit and chat quietly before slumber came.

The first day of our little holiday.  The first leg of the journey involved a two and a half hour drive from Wagga to Canberra.  It was so nice to be out on the open road for non-work purposes.  Adam and I played silly games, sang songs and broke up the journey with a delicious ploughman’s platter at The Sir George, in Jugiong – a favourite pit stop whenever we’re driving east.  We had a top night with my brother in Canberra and I started to get that proper relaxed feeling that comes with a few days off work.

After a slow start in Canberra, we made our way to the airport, before boarding our jet north to Queensland. An hour and half later we touched down in Brisbane – the city I was born in and where I went to university.  It’s been a good two and a half years since we’ve been in Brisbane and the familiar humid air, tinged with sea breeze felt good.  I’d forgotten how green the coast of Queensland can be in January. It looked jewel like.  We spent the evening sitting around my uncle’s pool, listening to birds and smelling fish, vegetables and steak cook on the barbecue.

Adam and I spent most of Thursday with my maternal grandparents.  There was a lunch of cold roast chicken and salad on the breezy back verandah, cups of tea in the lounge room surrounded by decades of family photos and a quick peek into Pa’s garden to see what was growing.  For as long as I can remember Pa has always grown roses and gerberas in a little round garden at the front of the house.  I was so thrilled to see the flowers were still there and thriving as always. 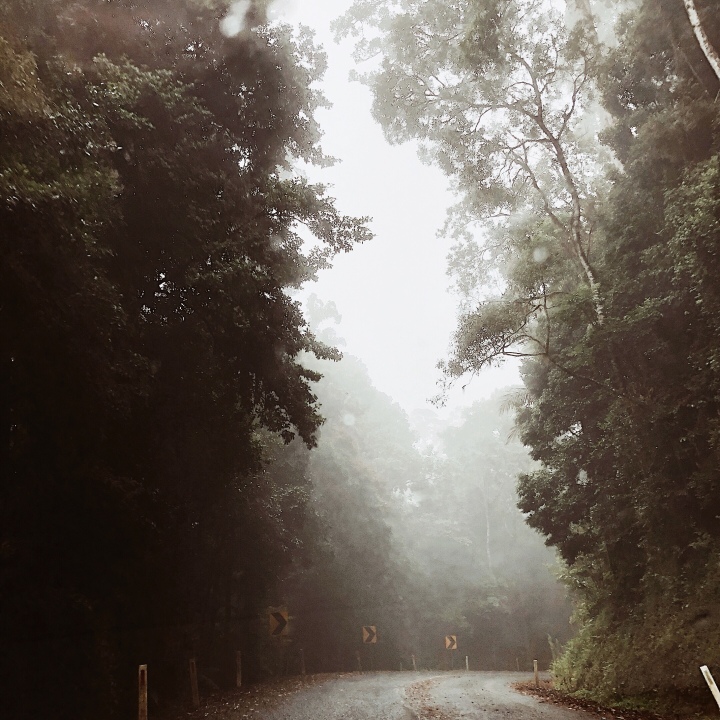 A project Adam has been overseeing for work is under construction not far from Brisbane, so he decided while we were in Queensland to pop in for a quite site visit.  We decided to make a day out of it, and took the scenic route going via Mt Glorious in the D’Aguilar Range, just to the west of Brisbane.  It’s a part of the south-east I’d never explored before and we were both amazed to find lush rainforest, so close to the city.  Showers of rain had been falling in the morning and low cloud still clung to the trees as made our ascent into the hills, putting on a spectacular show. 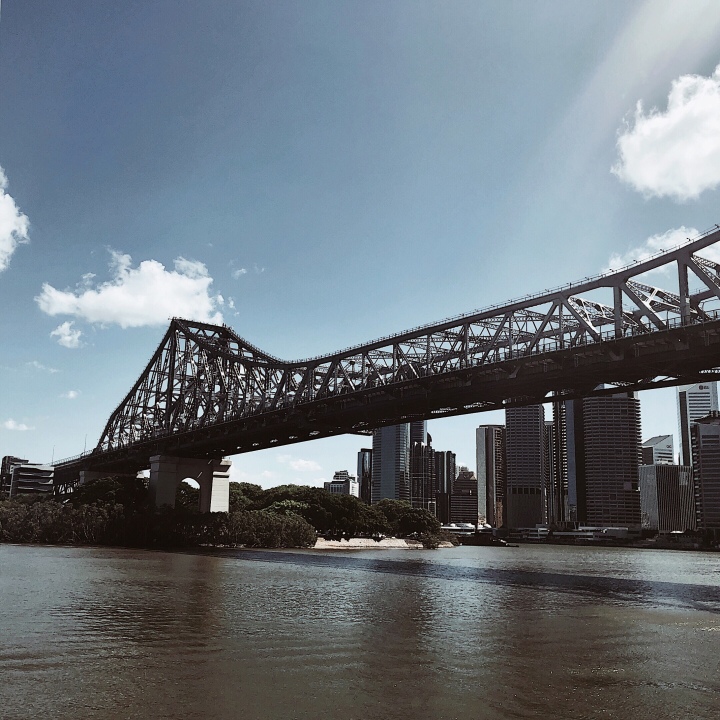 This was my view for a lovely couple of hours on Saturday afternoon.  Sat under the Storey Bridge, in the Brisbane CBD, Adam and I caught up with a couple of my school friends, who we last saw at our wedding in England. It was so nice to hear about what happened on the travels after the wedding, to reminisce about our childhood and to discuss what everyone’s plans are for the next 12 months.  I’ve known these girls for more than 20 years, and sometimes we might go months without hearing from one another, but the moment we’re all back together again, it’s like no time has passed at all. Those are friendships to truly treasure. 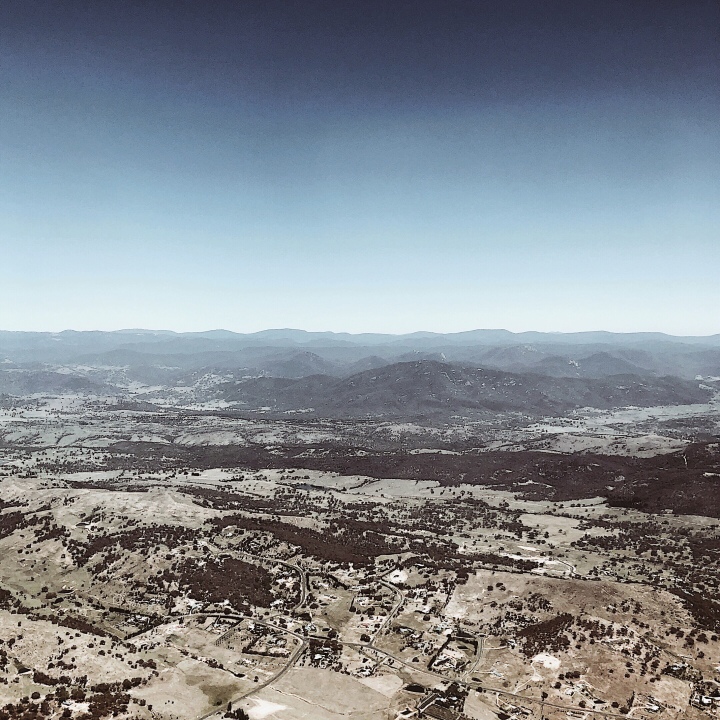 A big travel day.  Up early for a morning flight out of Brisbane to Canberra.  A quick pit stop back at my brother’s place for a cuppa and a biscuit and then a two and a half hour drive back to Wagga Wagga. Travelling always make me so weary.  I don’t know why… it’s really just a lot of sitting around, but there’s something about those idle hours that always knocks the wind out of me.  Sunday finished much like Monday started, an early night – ready to face the next seven days.

2 thoughts on “The last seven days”