The other night I found myself in a highly unusual situation.  Adam and I had eaten an early dinner so he could go to a work event.  I cleaned up, got myself organised for the following morning, and then decided to go to bed.  It was 7pm…

I made myself a cup of tea, picked up my book and spent the next hour or so indulging in some ‘me time’.  It was heavenly.

I whizzed through chapter after chapter and when Adam arrived home an hour or so later, I felt calm and relaxed.  It was like I’d had a little break from reality right at the start of the week.

Even though I didn’t go to sleep for at least another hour, being able to luxuriate in bed felt truly decadent.  While I admit to still checking my phone a few times , shutting myself away from the rest of the house, in the warmth of my bed, with the golden glow of the lamp beside me did wonders for helping me switch off from the day. 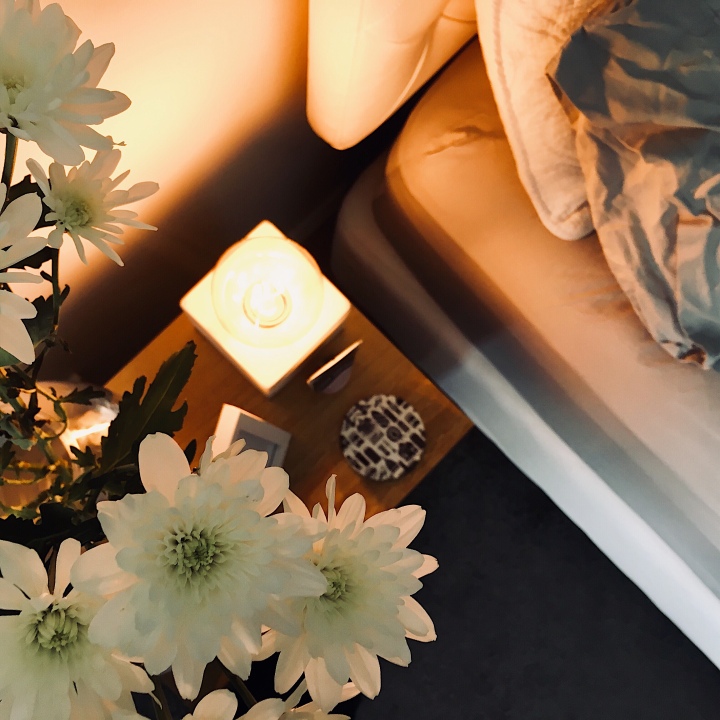 It’s not a situation I’ll find myself in daily (cause you know, life happens and schedules don’t always run to plan!) but if I get the opportunity to crawl into bed super early once a week, or even once a fortnight, I think I’m going to take it!

Do you ever find yourself in bed super-early, just because you want to?!

6 thoughts on “A new approach to bedtime”