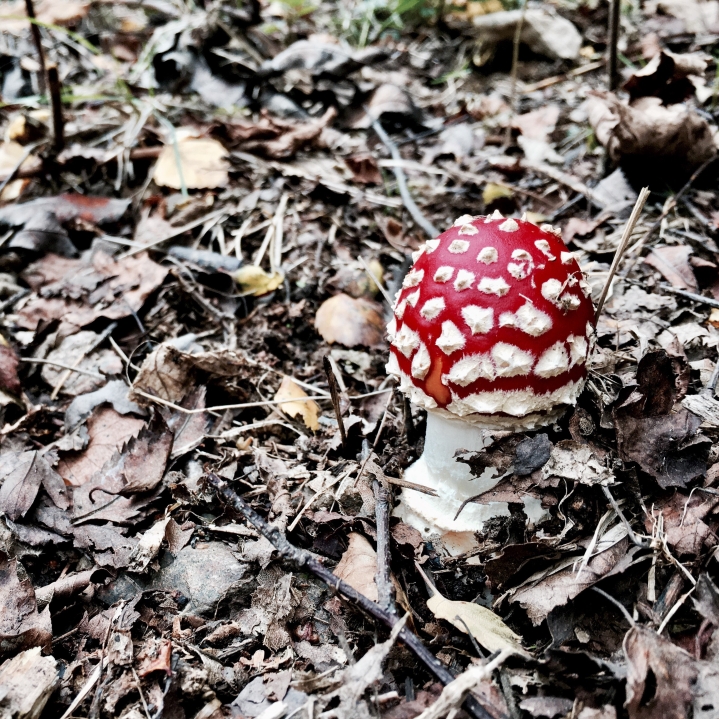 It feels like October has been filled with drizzly days which has seen my ‘nesting’ instinct kick into full gear. Pottering around home in cosy jumpers and fluffy socks is so much more appealing than being outside when the weather’s grey!

One morning the other week though I awoke to a brilliant blue sky and decided to get out and onto the Malvern Hills for a lovely, long ramble…

Over summer I was walking at least once a week, exploring new places and generally having a grand old time. It fell by the wayside during late August and September and I’ve been eager to get back to my old habit.

I decided to head for a part of the hills I hadn’t explored, a quite heavily vegetated section full of pathways between the suburb of Malvern Wells and the popular British Camp.

By late morning the blue sky was quickly being engulfed by clouds, but the sunshine was still occasionally managing to peek through the woodland’s canopy. 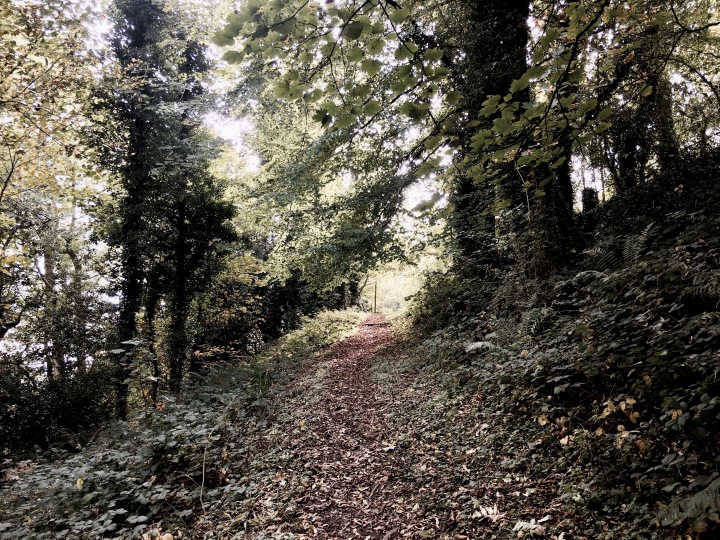 Adam had warned me that this particular part of the hills could be quite tricky to navigate, due to the thickness of the woodland and its ‘remoteness’ compared to some of the more popular paths. I was a little nervous, but as it turned out I passed a handful of other walkers – including a group of close to 25 pensioners, who all greeted me with a smile and well-wishes for a nice day.

I was anticipating being surrounded by a sea of yellow, orange and red leaves, but it was still quite green amongst the trees. There were a few signs of autumn however and the contrasting colours were quite apparent against the rest of the woodland.

As I headed south, I came to a section of path that’d recently been cleared. The overgrown tunnels of trees, bracken and bramble I’ve grown accustomed to on the hills were replaced with a wide, naked walkway and clear views above.

All along the edge of the path were dozens of mushrooms. Fat, colourful and so very distinct against the brown leaf litter on the ground.

I understand that the mushrooms I spotted are fly agarics. They’re not recommended for eating as they are poisonous and have pyschoactive properties! They’re the sort of mushrooms that evoke memories of Alice in Wonderland or Enid Blyton stories and I couldn’t help but be a little taken by them.

The cleared pathway also meant I had the most wonderful views from the hills down onto the village of Welland and out towards the Cotswold escarpment.

I arrived home a little more out of breath than I would’ve liked, but thoroughly chuffed at my wander. I think I’ll be returning to this part of the hills soon!

4 thoughts on “The mushroom walk”