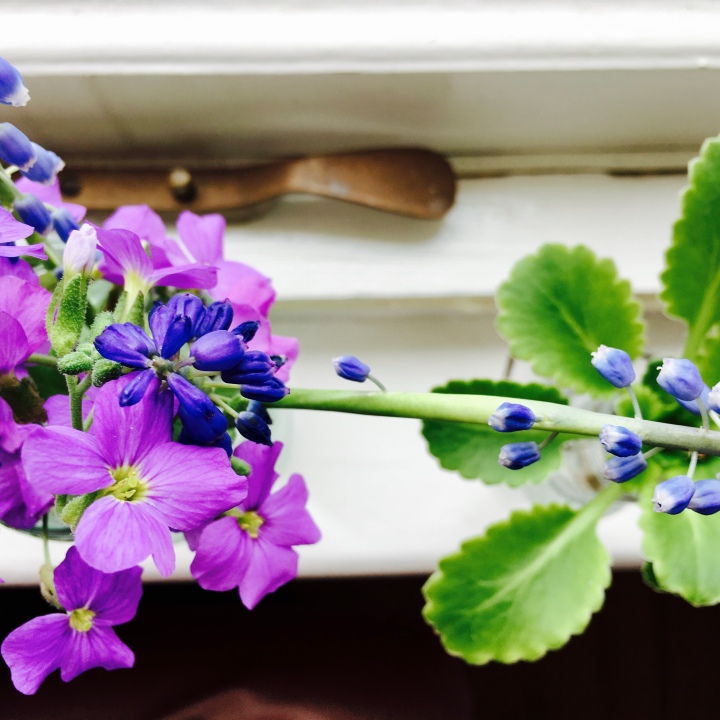 I was chatting to a stranger the other day about moving to Malvern from Australia and it dawned on me that Adam and I have been in England for six months now. The time has truly flown ever so fast.

Malvern really feels like home now. Old buildings that I caught myself staring at in awe are now just part of scenery and picking a posey full of flowers from our rambling cottage garden seems second nature.

I know short cuts around town, can recommend pubs and cafes and am starting to sound a little bit English… well in a way!

A lot of Adam’s family and friends tease him for having picked up a bit of an Aussie accent while he was abroad.  He always sounded English to me, but now we’re back in the U.K., I can hear more distinctly his somewhat Australian way of pronouncing some words.  One that instantly comes to mind is ‘phone’ – which he says with a much broader ‘O’ than his Malvern counterparts.

I still sound very Australian and I don’t think I’ll be losing my accent any time soon, but now I’ve been in England for a little while I keep on finding myself using English expressions. When asked what the time is, I now say ‘It’s half four’, as opposed to ‘It’s half past four or 4:30pm’. If someone is a little under the weather, they’re no longer ‘crook’, but ‘poorly’. When travelling along a motorway, there is no longer a stop at a ‘servo’ (service station) for fuel and food, rather you visit ‘services’.

I still catch myself out occasionally. Pants to me are the clothing garment you wear on your bottom half. Here they’re underpants.  I learnt that one the hard way, after telling a woman I liked her ‘pants’. She gave me a strange look, but thankfully when we’d deciphered what each other was saying, decided it was quite hilarious. As the weather warms I also need to be mindful that English people only wear ‘thongs’ as pants.  The rubber soled sandal you wear on hot days is a ‘flip flop’ ;).

I’m proud of my Australian identity and I don’t think that’ll be leaving me anytime soon, but I was guided to this series of BBC articles via Twitter about living abroad (found here and here) and found it totally fascinating. Have you ever lived abroad?  How did you find returning ‘home’?

PS: Our vegetable garden is well and truly sprouting!

PPS: I also ticked off something from my English list last weekend – 101) Attend a beer festival. It was crowded and loud and I totally forgot to take any pictures, but I promise you I was there!