Maybe it’s the fact that I grew up in tropical climes, but to me there’s something about the magic of a proper bone-chilling, snowy winter in the far reaches of the northern hemisphere. As a child, pouring over pages of maps in my beloved atlas, these countries full of mountains and unpronounceable place names felt almost non-existent.  They were so different and alien to anything I’d seen or experienced.

When I met Adam I quickly learnt that he too had a soft spot for wild, rugged places with chilly, changeable weather.  It probably comes as no surprise then, that when Adam’s brother John and his partner Sally suggested we go on a week-long trip to Iceland that we jumped at the opportunity…

The four of us arrived at the Keflavík Airport, about 45 minutes outside of the Icelandic capital Reykjavík, mid morning one Saturday in early Novemeber. The sun had just risen but was low and weak in a cloud covered sky.   We picked up our four wheel drive, nicknamed Mona Lisa, and after stopping to pick up supplies, started on our journey towards the town of Hella, where our accommodation for the next two nights was based. 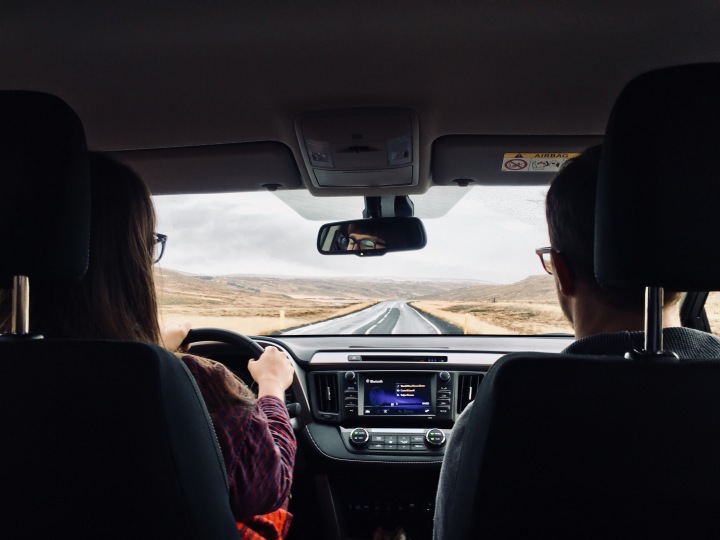 That initial journey was mind-blowing. We passed piles of solidified lava, covered in green moss and ice, and big snow covered mountains. The scenery was unlike anything I’ve seen.

We got onto sight-seeing straight away, heading for the Seljandsfoss waterfall, which you can actually walk behind. It was a bit of a slippery struggle at times, due to the spray from the waterfall. Not only did you get damp, but the path was covered in ice! There were quite a lot of tourists around though and everyone was holding out hands to offer stability and giving tips on the best places to put your feet down.

One of the really big things that struck me about southern Iceland was its somewhat unbelievable likeness to inland Australia. If you take away the snow capped mountains, the vast golden grassy fields full of sheep and horses could be somewhere in south-western New South Wales. It was rather odd, but somewhat lovely at the same time:  that two countries, so far apart and with such different climates, could have similar vistas.

Our first home was a lovely little cottage with white timber floors and a cozy interior.  The sunset from it was just beautiful and we took advantage of the on-site hot tub to help soothe our tired bodies after a big day travelling.

A big storm, with cyclonic strength winds and snow, was due to hit on the second afternoon of our stay.  We decided to get up early and see as much as we could on Iceland’s ‘Golden Circle’, a self drive tour of some of the country’s most famous landmarks.

En route to see geysers, Geysir and Strokkur, we crossed a river bathed in morning light. Ice was quickly being swept downstream by the current and it was still and cold.  We were the only people about, so took advantage of the serenity to get out of the car and have a look around. 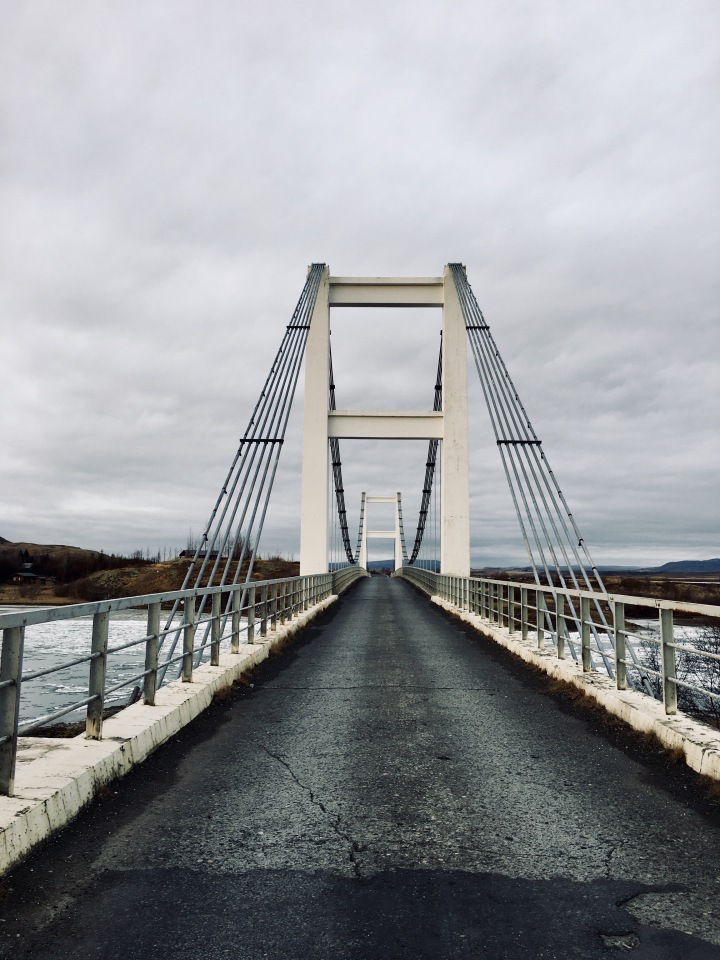 The geysers proved to be great fun.  While Geysir only erupts every few hours, Strokkur goes off every six minutes or so. The ground bubbles up and then steam wooshes into the air before the whole thing settles again.  People eagerly await the eruption and when it does go there’s a collective ‘ooh’ from onlookers.

The next stop of the day was the Gulfoss waterfall, which you can’t see from the road. You park, walk down an embankment and suddenly this huge crevice opens up and all you can hear is the thunderous roar of water hurtling over rock. The snow surrounding the waterfall made it look really special. It felt like the scene should’ve been a CGI construct from a film. By that stage the wind from the coming storm was starting to get really strong, so we headed back to our cabin for an afternoon of cheese toasties, card games and whiskey.

The evening proved to be a little hairy. Despite our best efforts to ‘storm proof’ our temporary home, a trampoline in the yard was blown away and the barbecue ended up in pieces strewn all over the place. The windows rattled for hours and one wall in the cabin even started shaking!

The next morning everything was calm again and it was as if nothing had happened at all. We bid farewell to our cabin and started our journey north.

2 thoughts on “A postcard from Iceland (part one)”