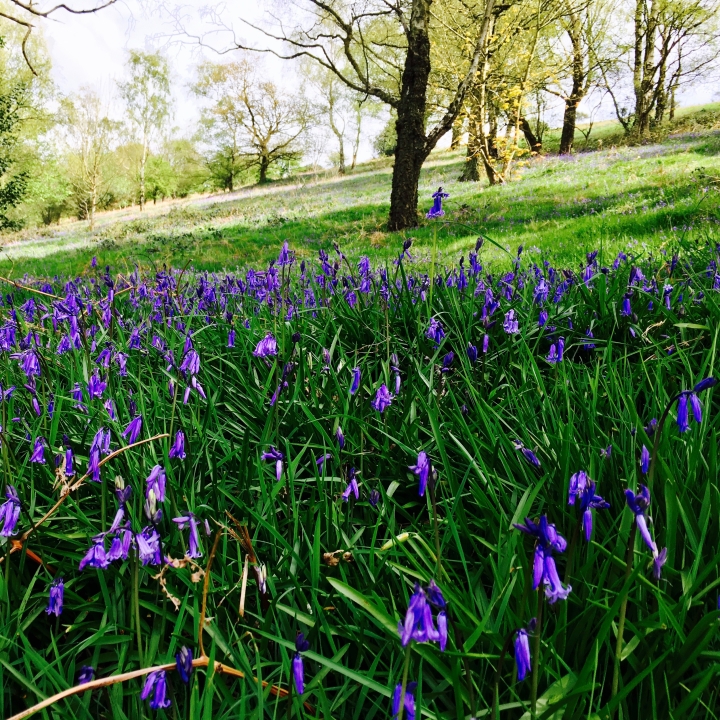 After months of patiently waiting and a few false alarms, I can now accurately report the annual bluebell show has started here in Malvern.

I saw my first glimpse of bluebells en masse over the Easter long weekend when Adam and I went camping in the Cotswolds. It was a pretty magical sight – a sea of tiny purple-blue flowers under a canopy of the sweetest smelling pine trees. 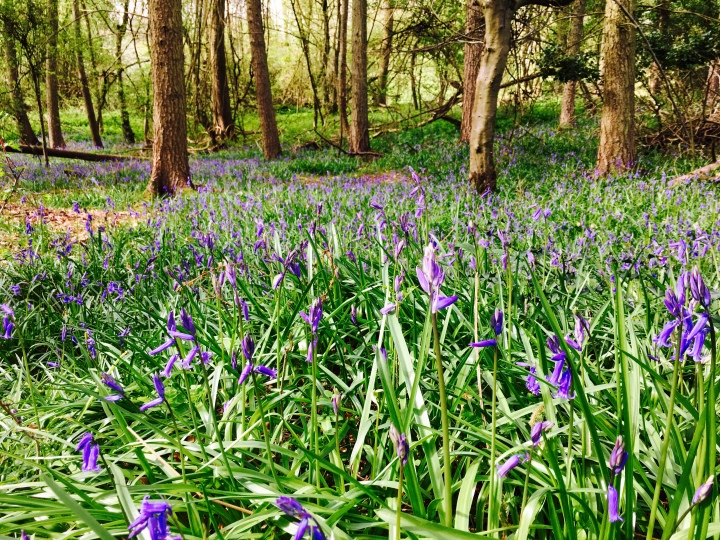 The day after we arrived home, Adam and I took to the Malvern Hills to see if a similar sprouting of wildflowers had occurred. We were in luck.

We had a spectacular view of the countryside as we walked up onto the hills.  It was a clear day, not to cool, and you could see for miles and miles. It’s abundantly clear we’re well and truly in spring now as almost all the trees are full of new leaves. You can also catch sight of fields of yellow rapeseed (canola for my Australian friends!) which instantly make me smile – it’s such a bright happy colour and a wonderful contrast to the surrounding greenery. 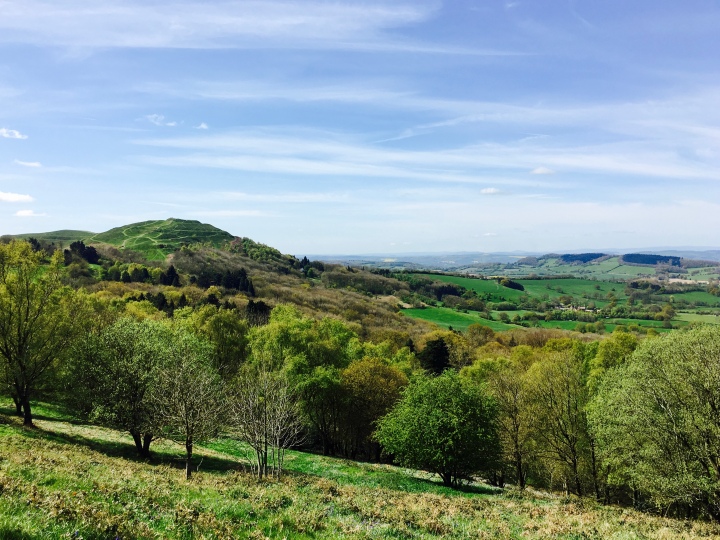 There were patches of bluebells everywhere! It wasn’t quite the extended spread of flowers we were hoping for, but as Adam explained to me, there are still more to come out – You can tell by looking at the stems  – most have a bunch of flowers sitting right at the top, all curled up waiting to spread out and drop into the little bell shape. 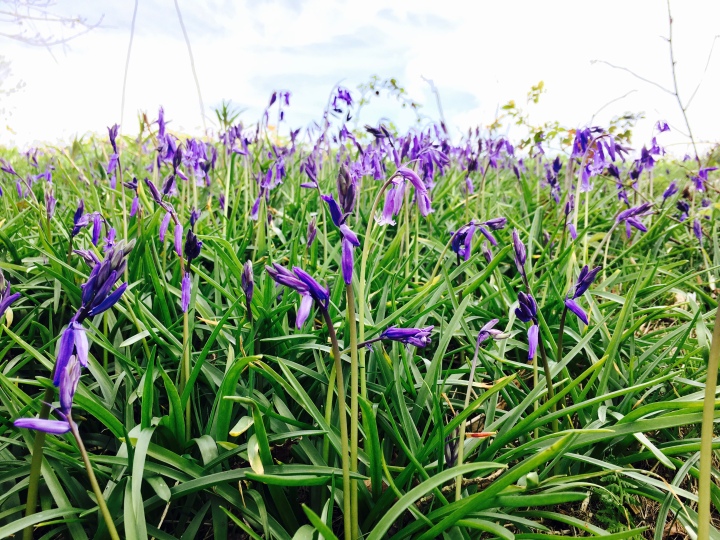 I think they’re just beautiful, and a such a special treat to look forward to every year.

Adam and I were lucky enough to see wildflowers in western New South Wales last year, when we left Wagga Wagga on the first leg of journey to the U.K. It was pretty amazing, as the landscape is normally pretty dusty and barren, but the wildflowers here in England are just phenomenal.  Species that normally require care and attention in Australia, like the bluebells and daffodils and irises, thrive here.  They shoot up in cracks in stone walls or in hedgerows.  As a new arriver to England I think it’s just wonderful! 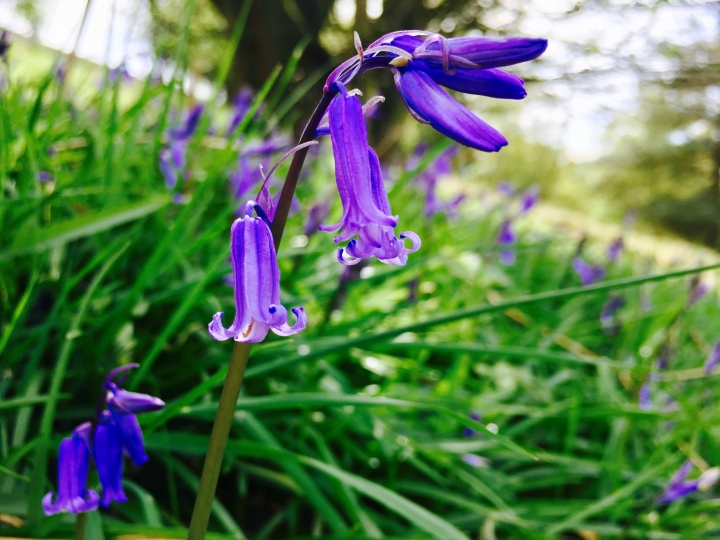 Bluebells are such delicate looking flowers, and like fields of rapeseed, pop against the vivid green of the English countryside. Walking through them was a little like being in a fairytale, or Beatrix Potter story.  I felt I should have had a straw hat on my head, a flowing floral dress on and be clutching a wicker basket full of treats for a picnic.

I’ve got a feeling a few more walks will be planned over the next few weeks to continue checking on the bluebells – I want to make the most of the beauties while they’re still around, wouldn’t you?!

Deepest, darkest mid-winter - where the days are short, the rain is frequent but those heart-warming moments make it all ok. More on the blog. Link in bio.
Grey, black, brown and white for life.
Last week the usual weekly routine got ditched and I headed for the hills for a few days of rest and relaxation. It was the loveliest little mini-break full of good food, good wine and great sights. More on the blog. Link in bio.
Blue skies are pretty, but grey skies have feeling.
Always magical. ✨
Wintry perfection.