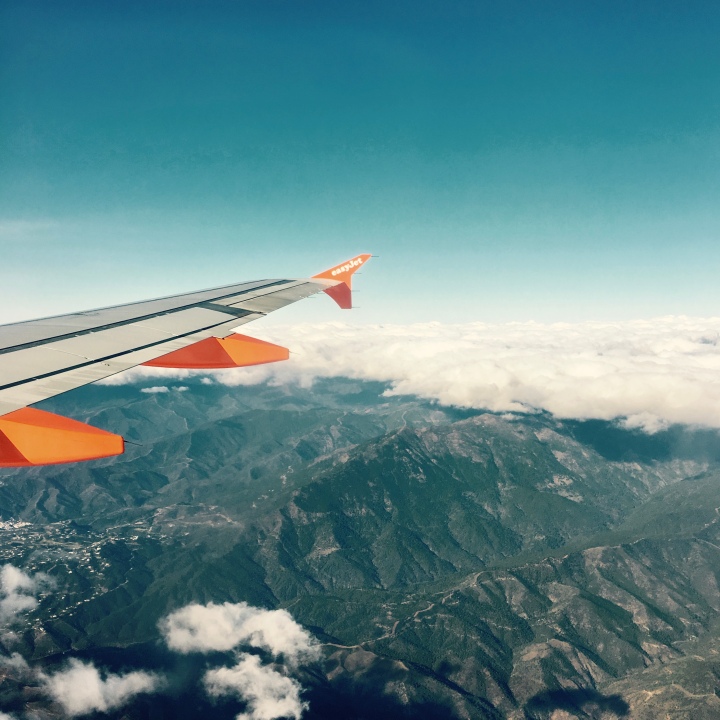 I can remember quite a few years ago getting totally engrossed in the Facebook photo album of a university acquaintance who was living and working in London.  There were dozens of pictures of holidays abroad in exotic European locations and I admit, I was a little envious.

Years later and a post a move to the U.K. myself, I’m beginning to understand how she was doing it: there are relatively small distances you have to travel to reach Europe and a highly competitive budget airline industry. It totally makes sense, if you’re smart with your money you can travel, and travel often.

Adam and I were able to travel to Gibraltar the other week for £35 pounds return each.  Considering it was an almost two and a half hour flight, the Aussie in me was pinching herself at just how affordable it was! I’ve paid much more than that for a 45 minute flight between Wagga Wagga and Sydney!

Often when you’re in Europe (especially if you’re a Southern Hemisphere dweller) it’s part of a dream holiday you’ve saved up for. You hit the destinations you’ve always fantasised  about – London, Paris, Barcelona, Venice. That’s exactly what I did when I travelled to Europe in 2010 and 2012. The exchange rate wasn’t brilliant, but it was a ‘once in a lifetime’ sort of trip, so why not?! I don’t regret my choices at all – they were wonderful holidays, but I’m now realising there’s a whole lot more to the Continent.

While I’d love to return to a few of those places again, Adam and I prioritising our travel in 2017 on places neither of us have visited. We’re using websites like Skyscanner  to scour for cheap flight deals and instead of getting fixated on our ‘dream holidays’, we’re having an open mind.

We’re not in a position to be able to just say ‘bugger it’, let’s book it in’, so if a good deal doesn’t work for our travel dates,  we have to put the holiday in the holding bay and look for alternatives – where can we afford?  It’s how we ended up in Gibraltar, and it turned into a really wonderful couple of days.

One region that’s consistently coming up as affordable is Eastern Europe. It’s changed dramatically since the fall of the Soviet Union in 1991 but I think many of us (unfortunately) still think of it as a bit of a no-go zone. Twenty six years on, there’s burgeoning tourism industries developing in countries like Ukraine, Belarus, Estonia, Latvia and Lithuania and local economies are starting to come into their own.  Australia’s foremost travel advice website, Smart Traveller, says travellers should exercise the same level of caution in the majority of the region’s countries as they should in more popular destinations like the U.K, France and Italy. The exchange rates in Eastern Europe for currencies like the pound, US and Australian dollars are great and expenses like car hire and eating out are highly affordable.

It’s an area I’m starting to research and I’m quickly falling in love with the dramatic landscapes, dreamy architecture and the fact that it is a little ‘under the radar’. Imagine visiting a place that isn’t heaving with thousands of others?! I feel rather naïve to have blinkered out such a huge part of Europe that’s accessible, affordable and awaiting adventurers.

Adam and I are hoping to book another short break in March and Eastern Europe is top of our list. Have you been?  Can you recommend any destinations?!

2 thoughts on “The new European holiday”